Dovima. That is all.

Fiction was a French sci-fi magazine published by popular literature enthusiast Maurice Renault through OPTA publishing. Beginning in 1953, the magazine was initially linked to the American, Magazine of Fantasy and Science Fiction. This connection ended in 1958 after Alain Dorémieux took the reins as editor for Fiction. Fiction became one of the longest running French sci-fi magazines of the 20th century – published monthly, a total of 412 issues were released before the end in 1990.

One of the things that stood out in the earlier years of Fiction’s publication were the cover images. Quite often, rather than using original artist illustrations, photo-montages were used instead. The first such cover appeared in issue No. 3, February 1954: 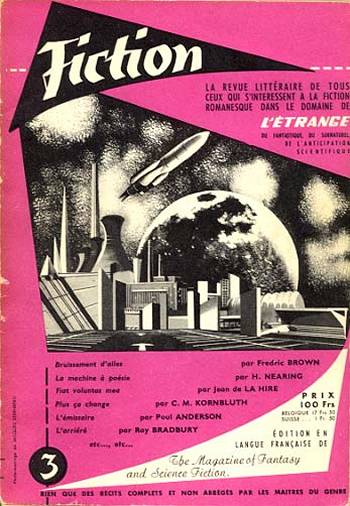 This made for some interesting cover art throughout the late 50s. After Dorémieux took over as editor the cover art changed to the traditional drawing and paint illustration. And a lot of it wasn’t that great, actually. But for a while, Fiction had something really unique. Below are some of the best photo-montage covers from the 1950s. 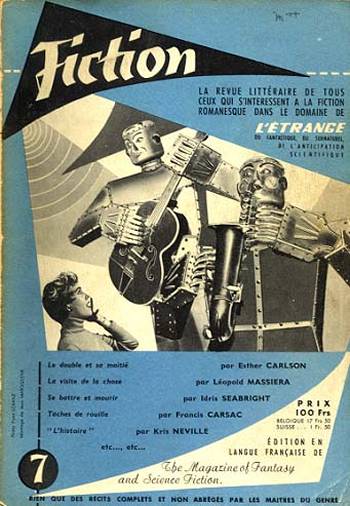 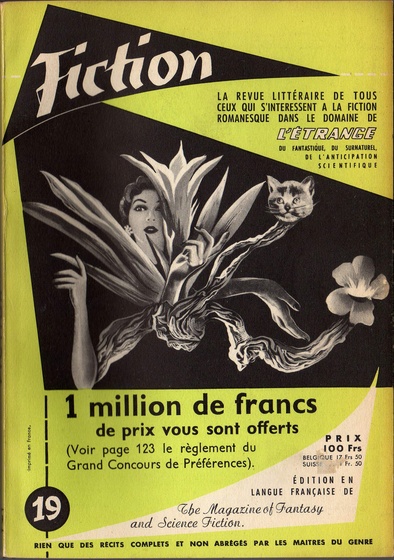 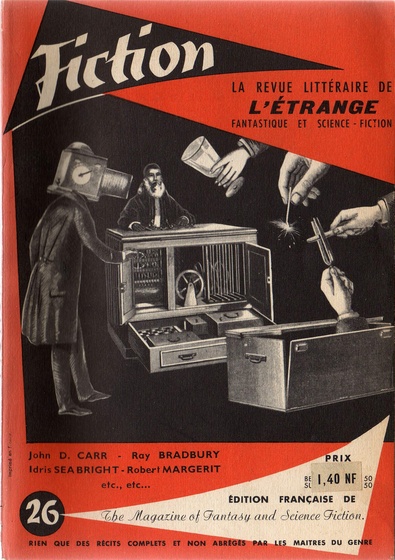 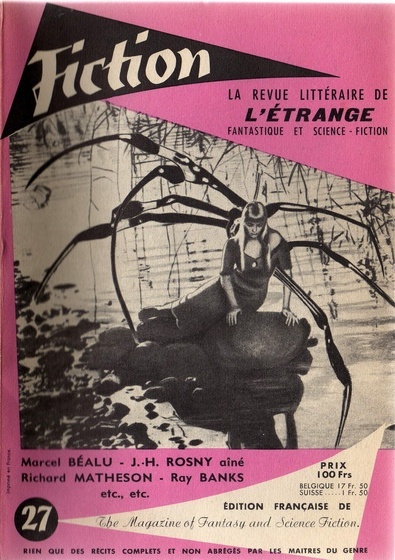 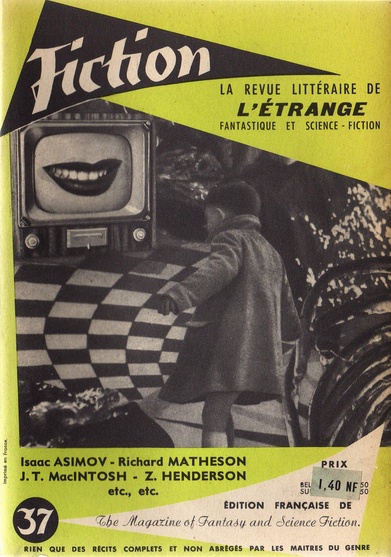 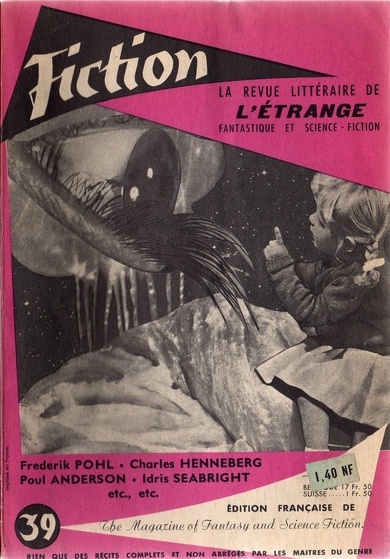 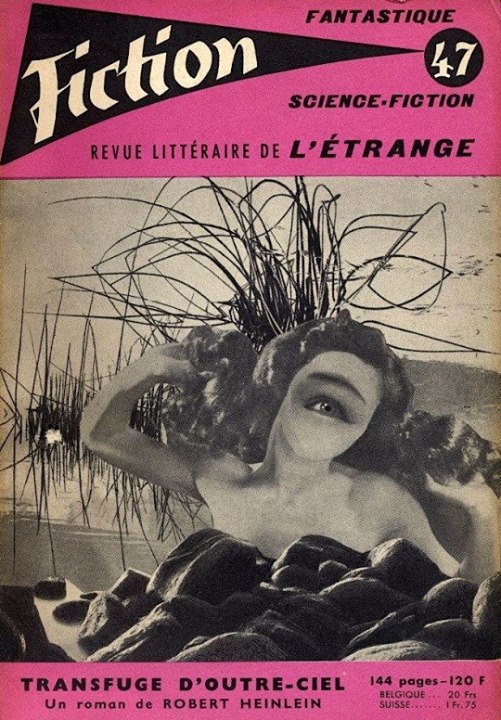 Personal opinion: It wouldn’t be until 1972 that Fiction’s cover art would stand out again. The issue below was perhaps the start on the road to recovery. 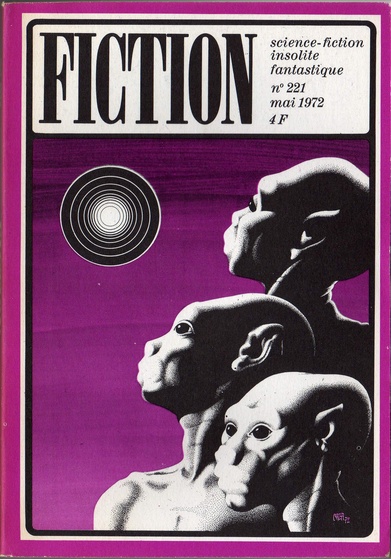 Can I have this…?

Come fly with us…!