What you hear at the start of this video is the sound of a Chrysler FirePower Hemi V8 engine start and rev-up. Afterwards comes the old familiar wail of the cold war nuclear attack warning.

The main purpose of the [‘Big Red Whistle’] siren was to warn the public in the event of a nuclear attack by the Soviets, during the Cold War. The operator’s job was to start the engine and bring it up to operating speed, then to pull and release the transmission handle to start the wailing signal generation. The Chrysler air raid siren produced the loudest sound ever achieved by an air raid siren. – SuzukiBlaze

When the Chrysler Air Raid Sirens were being retired during the 1970’s a number of car enthusiasts sought out the Hemi V8s for use in bracket racing and street rods.

On August 29, 1949, the Soviet Union exploded its first atomic bomb. After the initial shock, President Truman and the United States government put the entire nation on high alert – the Cold War had begun. Americans began to question their own safety. During the 1950s the federal and state governments put a lot of effort into producing information that was intended not only to teach the public about emergency preparedness and survival, but also to assuage the fears and hopelessness associated with the thought of total annihilation.

Below are a few government publications that were printed in the 1950s as part of that propaganda campaign. They are available for complete viewing and download online – if you are interested in further viewing of any of them just click the title and you will be taken to either The Digital Comic Museum or The Government Comics Collection at the University of Nebraska-Lincoln web site.

First off, the icon of the atomic era – often thought of as somewhat laughable and naive by today’s standards, Bert The Turtle reassured children and adults alike that one could find protection in the event of an atomic blast. 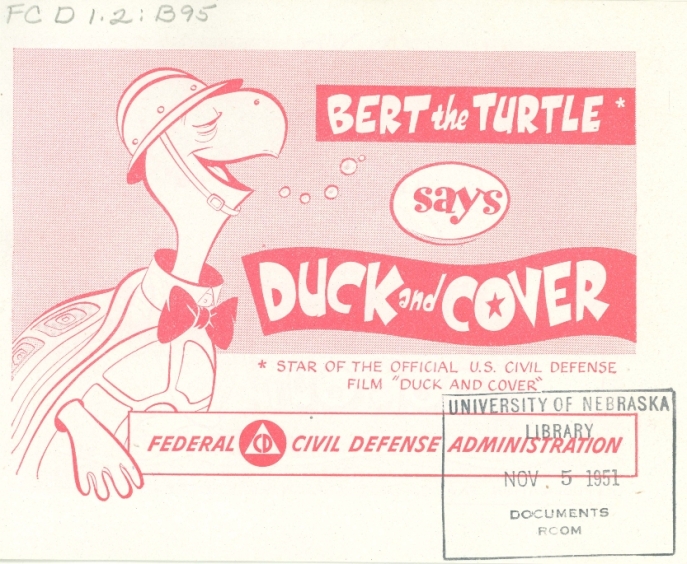 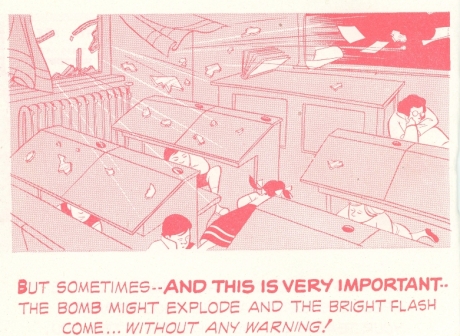 Bert The Turtle: The bomb might come without any warning! 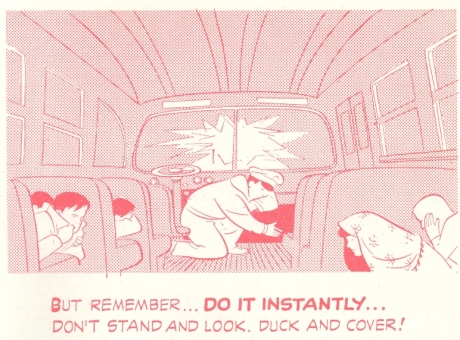 Do It Instantly – Don’t Stand And Look. Duck And Cover!

Next is an adult oriented publication:

Many people believe that there is no defense against the atom bomb. Let us look in at a community meeting where Mr. Reed, a civil defense authority, is going to explain that there is a defense and will show us what to do in case of an atomic bomb attack.

Cover Illustration: If An A-Bomb Falls

A 1951 Lesson About Radioactivity

Below is a publication geared at youth. It’s an overall emergency preparedness comic that deals with both natural and wartime disasters. It includes a crossword puzzle, a disaster quiz, and a glossary of ‘civil defense terms’ which mostly deal with the atomic bomb. The cover art features Li’l Abner and is signed Al Capp. It includes an extended dream sequence originating in a bomb shelter.

And the last in this post – a pamphlet issued by the state of Maryland and endorsed by the then governor, Theodore R. McKeldin. This one discusses the civil defense procedures for surviving the power of the H-Bomb. Like the adult oriented, ‘If An A-Bomb Falls,’ this comic is meant to reassure the citizens that survival is indeed possible – it is intended for high-school age students. 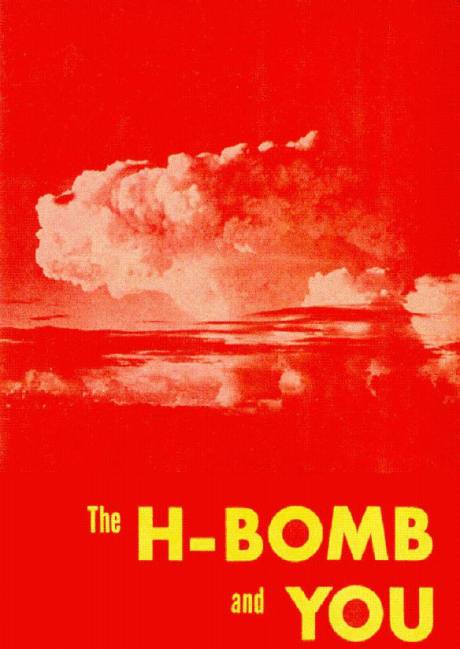 Students are shown a film demonstrating the power of the H-Bomb. Johnny the student is impressed and questions any possibility of survival. The teacher goes on to reassure him that ‘…no matter how powerful a weapon seemed at first, ways were always found to offset the effects and survive.’

And The Bottom Line: ‘…Get Used To The Threat Of War As A New Way Of Life.’